During Thanksgiving week 2003,  they visited a former dairy farm and current grass seed farm on Laughlin Road that made quite an impression.   Four months later, they were proud owners of a grass seed farm with vineyard potential.

In the course of transition, Angela and Sanjeev would visit their property a few times a year with their two Yorkies.  They stayed in a small shack on the property they endearingly called the “caretakers cottage.” In reality, it was a cold, concrete bunker that never reached over 60 degrees F, which they decided would be a great place to store wine, but not a very good place for humans or dogs to reside. After the novelty of just visiting the property had worn off, they installed a manufactured home on site – offering central heat and other modern conveniences.

In 2007, they planted the first ten acres of their Pinot Noir vineyard with the Pommard clone, followed in subsequent years by an additional twenty two acres of Pinot Noir consisting of Dijon 777, 115, 667, 948 and Wädenswil clones and three acres of Chardonnay, consisting of Dijon 76 and 548 clones. The grapes from the first harvest were purchased by Tony Rynders. The intent was to be growers for a few years, however, after barrel tasting the first wine from their property, they changed their mind and asked Tony to make them fifty cases in 2010. This was the humble beginnings of Saffron Fields Vineyard wines.

In addition to cultivating a vineyard, Angela has devel0ped a beautiful, sustainably maintained farmstead, including an orchard, and more. She is passionate about her garden and art collection, and is excited to incorporate both of these passions with a landscape designed by Hoichi Kurisu, former director of the Portland Japanese Garden and designer of some of the best Japanese gardens in the country. 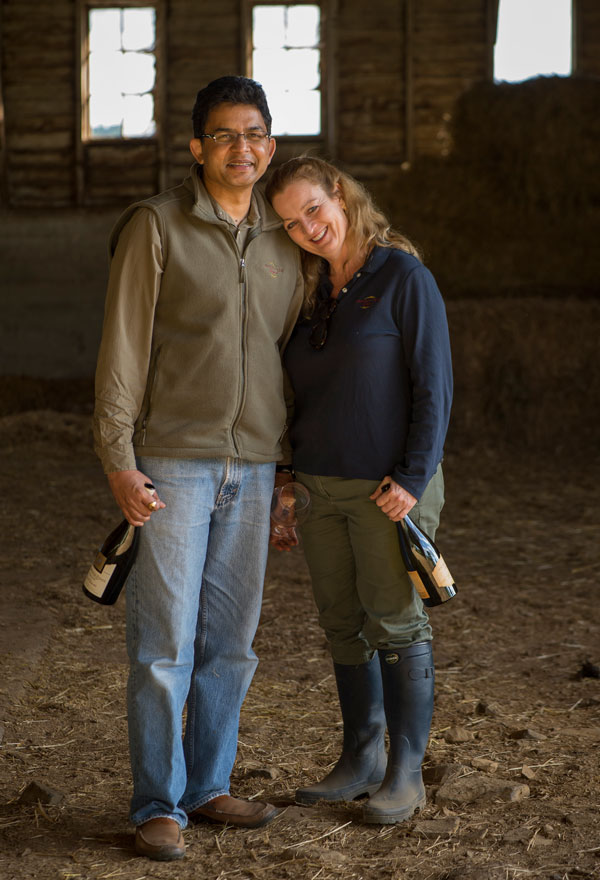 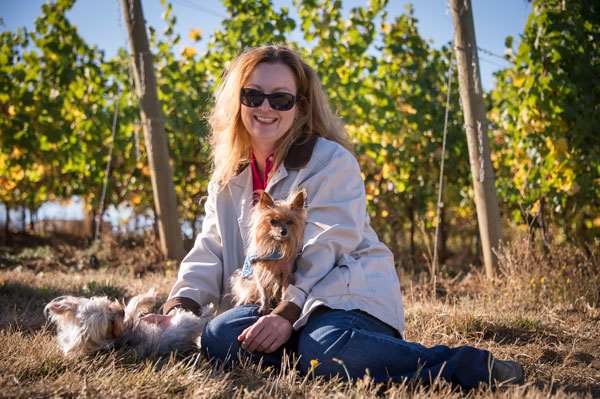 A thought leader in the use of industrial controls in safety applications, owner of an engineering firm, and author of technical books and other publications, Angela Summer’s brings her love of Japanese gardens and Contemporary art to the Saffron Fields experience.

Angela has curated a collection of contemporary works by pre-eminent artists from around the world. A life-long art enthusiast, Angela’s collection has grown significantly since she bought her first work, an oil on canvas for $25, as a junior at Mississippi State University. The collection now includes photography, video, light installation, oil paintings, and sculpture.

When on property, Angela leads tours of the collection that provide the artists’ backgrounds and her personal observations about each work. “I choose works first for their aesthetic appeal, second for artist’s technique and third for the deeper meaning of the artist’s work,” says Angela.

Angela’s appreciation for wine was sparked on a vacation with Sanjeev in 1992 and has blossomed into a passion. Angela is committed to making quality wine and providing an immersive experience for visitors to the hospitality center.

An accomplished engineer and entrepreneur Sanjeev Lahoti passed away in October 2020 at his home on the vineyard hillside after spending time watching the sunset over the Coast Range with his wife, Angela Summers.

His enthusiasm for both the technical and aesthetic aspects of winemaking began while vacationing with Angela in Napa Valley. As the interest turned to passion, Sanjeev was drawn to Oregon, having experienced the natural beauty of the land on previous business travels. Sanjeev was pleasantly surprised with the unique cooperative culture of the Oregon wine industry.

“We could have only done this in Oregon”, says Sanjeev.   “We had no practical experience in viticulture and oenology but were able to make our vision into reality with the help and advice from people we met along the way. It is an ongoing, fun adventure which brings us joy every step of the way.”

Sanjeev was an art enthusiast and contributed heavily to the creative aesthetic of the Saffron Fields brand.  The vineyard name derives from India where Sanjeev spent his childhood and his love of the Beatles. In India, saffron evokes a sense of serenity and purity. “The first time I saw a vineyard after harvest, I was overwhelmed by the saffron-colored field,” says Sanjeev. 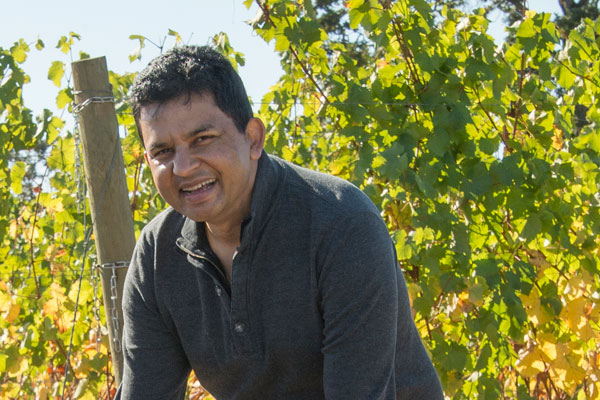